In my mind, the first football game signals a change of seasons. So does Labor Day. Since both are this weekend, is it safe to say that fall has arrived?

College football officially kicks off today at my alma mater. Last night we attended a pep rally to cheer on the team. Saying that it was well attended is an understatement. It was a sea of purple. 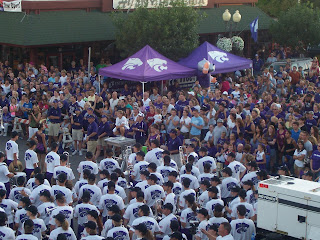 There were fans, the marching band, the football team, cheerleaders and Classy Cats. 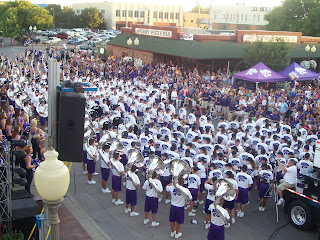 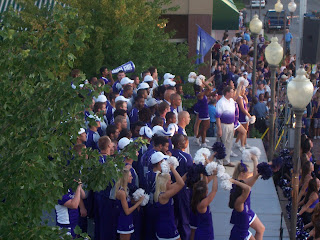 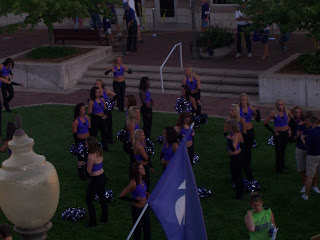 And of course, an appearance by Willie the Wildcat. 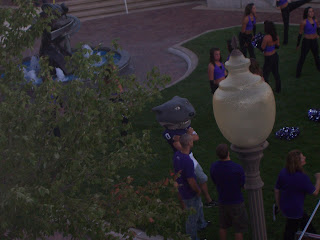 A window sill that's just big enough for two makes the perfect spot to view all the activity. These gals found the best seat in the house. 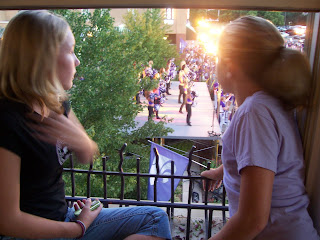 I won't be attending the game but I will be cheering them on.

I can't believe you have these pics posted already!! You are on it, girl!! Great pictures... really gets you in the mood to cheer on the Cats! GO STATE!!!

I love this time of year.

I think it's very safe o say it's fall! I was walking through Wal-Mart last night and they already have their Halloween candy out!