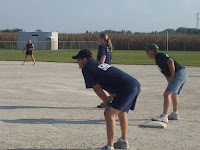 Sounds like an odd combination, doesn't it? They do all have something in common. That something is Lawman.
Lawman's department played in a benefit softball game Saturday afternoon. You know how boys are. They like to play. And if they're like Lawman, they like to play hard. They tend to forget that they're not 25 anymore either. 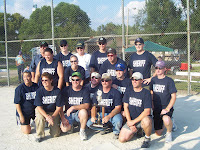 Lawman turned on the speed between 3rd base and home plate. It didn't turn out like he intended though. He pulled his right hamstring. I guess you could say that he took one for the team.
Lawman's opponents were all employed by our county's EMS department. Pretty fitting, huh? Today he happened to see some of them and he asked what they would recommend to relieve the discomfort. Do you know what they told him? Ginger root. 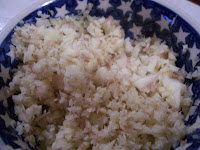 They said to grind it in the food processor, place it in a panty hose and then soak with it in a hot bath for 30 minutes. Do you think it's legitimate or were they pulling his leg?
Posted by Nancy at 8:16 PM

I believe it - really. Yet, hopefully he iced it a little while when you got home too to bring down the inflammation.

Poor Lawman. That ginger root is making me want to cook something.

I totally believe them. The Chinese have used ginger in healing practices for thousands of years....not sure what the chemical / scientific reasons are, but I would absolutely try it.